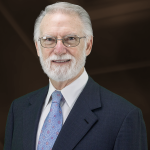 In January, 2015, William K Altman was notified by the Executive Director of the National Academy of Personal Injury Attorneys, Inc. to receive this “year’s prestigious TOP 10 ATTORNEY AWARD FOR THE STATE OF TEXAS.”

According to the notification letter: “The attorneys who make the NAOPIA TOP 10 list must first be nominated by a licensed attorney, and then our research staff verifies that they meet the minimum requirements of membership in the NAOPIA. Fifty of the nominated attorneys are chosen to advance to the final selection stage by our selection committee, and then our Board of Governors officially selects the TOP 10 in each state. With more than a million attorneys in the United States, the NAOPIA’s meticulous, independent selection process leaves no doubt as to whom the preeminent personal injury attorneys are in each state.”

He has been named a Super Lawyer by Texas Monthly since the magazine began recognizing outstanding attorneys. He is a member of the State Bar of Texas and Oklahoma Bar Association. He is also licensed to practice law in the Northern, Western, and Eastern Districts of United States Federal Courts in Texas. He is also licensed to practice before the U.S. Supreme Court.

As the firm’s Managing Partner, Bill leads Altman Legal Group in its quest to provide affordable and effective legal services to citizens throughout North Texas and Southern Oklahoma. If you have been injured due to the fault of someone else, Bill and his entire team are here to help.

Bill has been extremely involved in professional and civic organizations throughout his legal career. He served on the Wichita Falls City Council from 1998-2002 and as Mayor from 2002 to 2005.

Bill is admitted to practice in the following courts:

Has served on Board of directors of the: 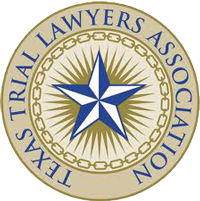